Thought of the Day

This morning I started thinking about how fantastic it is to finally have Tolkien fans as friends. Growing up all of my friends either have never watched LOTR, never read any of Tolkien's books, thought the books/movies were too long and boring and not worth getting into. And it SUCKED. Of course, I had my dad but it was still lonely not being able to watch my favorite movies with friends. I still fantasize about having a LOTR movie marathon with a big group of friends, which involves a lot of junk food. It'll happen one day. Not sure when but it will. And we'll build a pillow fort, I HAVE DECIDED.

Joining Tumblr over two years ago was the starting point. I found the Tolkien community and I'm still really good friends with many of the people I met years ago, and I'm friends with others I just met this year. I can proudly say things like "Yeah, I have friends in the UK, New Zealand, Brazil, Italy, Germany..." I sound well traveled but really I'm just at home in front of my computer screen.

Email ThisBlogThis!Share to TwitterShare to FacebookShare to Pinterest
Labels: Thoughts

A Rainy Day in the Shire

When I was playing LOTRO the other day it was raining so I took screenshots. I always take screenshots. 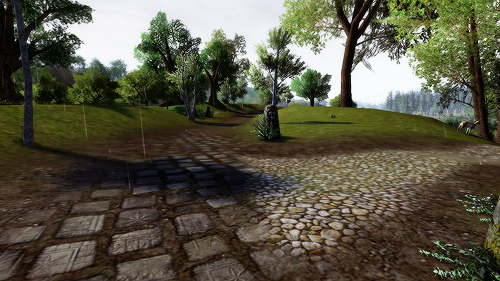 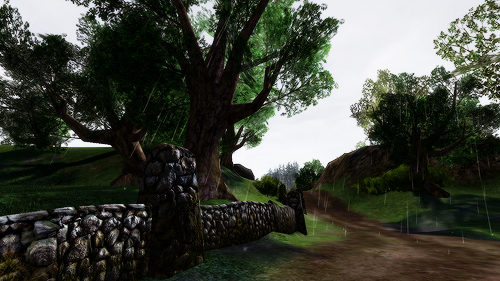 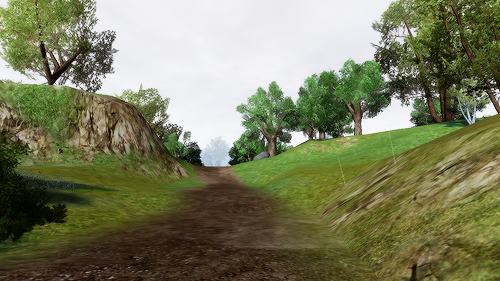 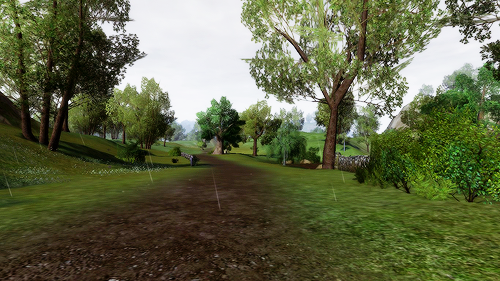 Posted by Unknown at Wednesday, October 30, 2013 No comments:

Email ThisBlogThis!Share to TwitterShare to FacebookShare to Pinterest
Labels: LOTRO

Fellowship of the Ring Concert

In 2009, when I was 16, I went to the Fellowship of the Ring Concert in Radio City Music Hall. I remember very clearly how I found out about this event. I was sitting outside somewhere in Union Square with a friend and she showed me The Onion. I never read that paper before, and while I was flipping through the pages there was a full page spread advertising the concert. I froze and let out a strange, deep, loud gasp and yelled out "WHAT IS THIS???" Pretty sure I scared my friend.

I spent the next few days begging my mom for tickets. I ended up selling some of my LOTR action figures (I know I know, I MISS THEM) to afford the tickets. I just HAD to be near the front. It would have been an equally amazing experience even if I was near the top. I went with my dad and we had some pretty good seats.

As I was questing in the Lone-lands I passed by some strange creatures. I didn't know what they were so I clicked on one and it was an Earth-kin. I started panicking when I saw it was level 85, thought it was going to attack me!
Had to bring the leader some peace offerings and then I saw THIS. DUDE.

Took some screenshots (of course) because I thought he looked awesome.

Even put my texture setting on high, didn't know what I was missing! 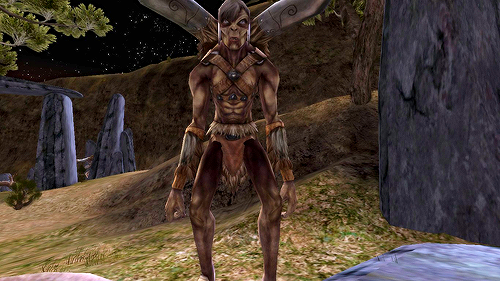 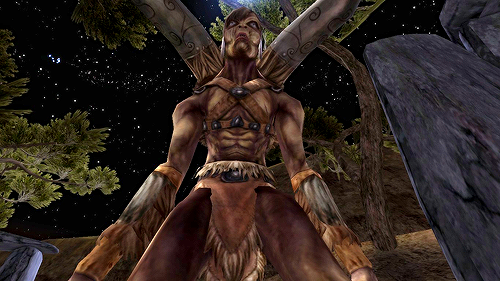 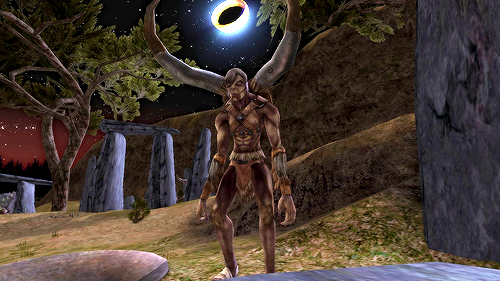 Email ThisBlogThis!Share to TwitterShare to FacebookShare to Pinterest
Labels: Alellea, Lord of the Rings Online, LOTRO

Ended up playing LOTRO for three hours today. Still questing in the Lone-lands, and I got to meet Radagast! I was wondering when I was going to get to see him.
Got my hobbit guardian, Alellea, to level 28. Almost to 30!
Soooooooon. 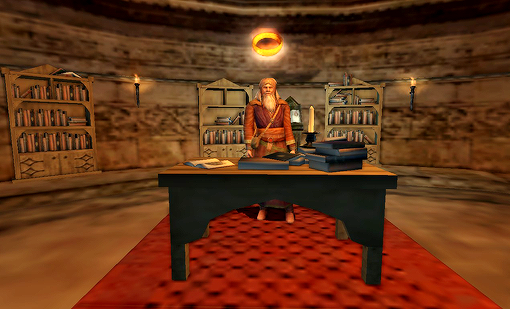 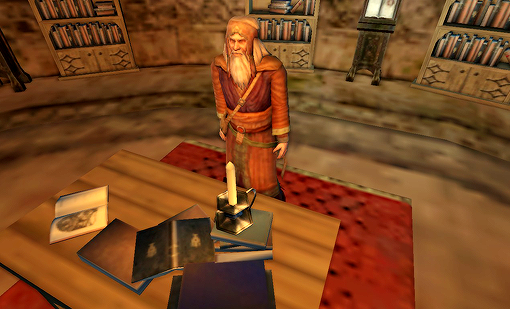 Posted by Unknown at Wednesday, October 23, 2013 No comments:

A Day in the Lone-lands

Played some LOTRO today after not playing for over two months. My main is a hobbit guardian named Alellea. I didn't realize how much I missed her!

I spent some time in the Lone-lands trying to complete deeds (gotta get those damn turbine points, you know). Stuck around till the sun came up to take many some screenshots.

The graphics in this game are so beautiful. The clouds move! I'll gladly spend a long time just staring at the sky.

I'm not going to lie. I'm not a cosplayer. The most I've done was dress up as a character from South Park one year and a character from Hey Arnold in high school. I hardly even know how to sew on a button. It's embarrassing.
I want to cosplay, it looks like so much fun. When I was at NYCC this month the cosplayers I saw were amazing. The work that goes into making the costumes is easy to tell. I want to do that.

I have a lot of characters I want to play... and I also want to dress up as a hobbit lass. I wouldn't mind having long curls and wearing a pretty dress. A lot of the inspiration for this comes from the first Hobbit Chronicles book. Specifically the blue one. I wouldn't even know where to begin. I really need to start researching and learning about sewing.
These hobbits aren't chubby enough if you ask me.

Email ThisBlogThis!Share to TwitterShare to FacebookShare to Pinterest
Labels: cosplay

One of the things my mom loves the most is traveling and sometimes I go with her but I'm not much of a traveler. Less than a day in and I'll start to complain about how I want to go home.

But whenever I look back at the places I've seen I feel very lucky. Over the years I've developed a small (I say small because of my Tolkien bookcases) collection from my travels as well as my mom's. I keep everything, aside from bags, on a shelf, I call it my world shelf.

The extended scenes from the first Hobbit movie have been going around on Tumblr this past week.
Caps I use are from here.

One of the scenes is from the Shire. Apparently it's from a celebration and this is young Bilbo with Belladonna and Gandalf is there setting off his fireworks.
Okay I'm sold on the baby Bilbo. He's adorable. And I would love to see Mama Baggins.

Email ThisBlogThis!Share to TwitterShare to FacebookShare to Pinterest
Labels: An Unexpected Journey, rants, The Hobbit

Oh saaaay can you seeeee my eeeyes? If you can then my hair's too short!

This is going to be a pretty boring post... it's about my hair. 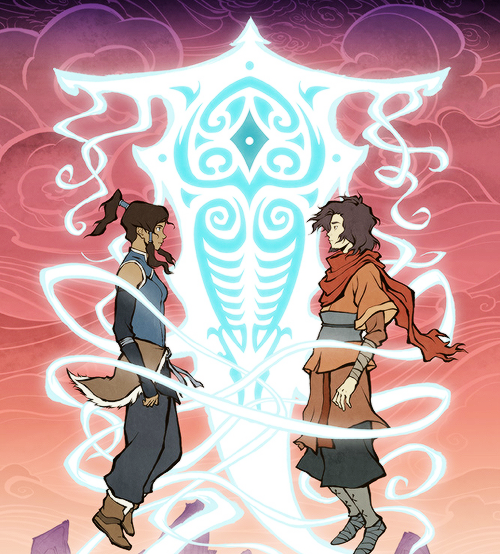 Email ThisBlogThis!Share to TwitterShare to FacebookShare to Pinterest
Labels: Legend of Korra, Wan

Thinking about next year's Valentine's Day.

In 2012 I made over 40 corny (and I mean corny) LotR valentines. I did it because I thought it would be funny and the valentines were a big hit. You can find them all on my Tumblr blog here.

Some were meant to be sweet. 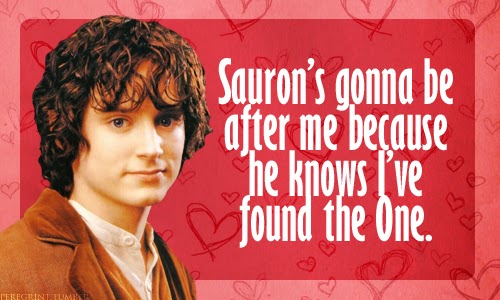 I'm so excited to see the Battle of Five Armies. I can't wait to see Fili and Kili die!
Hm. That didn't come out that way I wanted it to but I can't wait to see how PJ and Co. will decide to have them go.
It must be devastating and they must die defending their uncle. I want it to be so sad that I need a box of tissues nearby and they can't die trying to save anyone who is not their uncle. Because of the rumors that Kili has a crush on Tauriel I've seen some theories that he will die for her. And that can't happen. Nope. Fili and Kili must die for Thorin, it can't be anyone else.

When I'm feeling especially self destructive I think about the way they will die during the battle. I read The Hobbit for the first time when I was very young, and Fili and Kili's deaths didn't stick out to me. You learn about what happened to them after the battle and not much is said about them. All we know is that they fell trying to defend their uncle with shield and body. SHIELD AND BODY. My expectations are high, I expect to see an extremely dramatic death.

Email ThisBlogThis!Share to TwitterShare to FacebookShare to Pinterest
Labels: Battle of Five Armies, Fili, Kili, The Hobbit, There and Back Again, Thoughts

First off I want to apologize for the lack of photos!

I don't even know where to begin, there's so much to talk about. Hmm.

Well, New York Comic Con was amazing. And because my dad was helping out a family friend with his booth, Rachel and I were able to receive exhibitor passes. We went on Saturday and Sunday, and spent both those days wandering around the convention center. There were some fantastic cosplays! The most memorable ones for me were the Iron Throne (which you can see in this short video), an Adventure Time group (Fionna, Flame Princess, Marceline, Lumpy Space Princess and Prince Bubblegum) and a Kaylee from Firefly. She looked so much like Jewel Staite.

Romeo and Juliet on Broadway... AND ORLANDO BLOOM.

Now that that's out of the way I can begin.

I saw Romeo and Juliet tonight and Orlando played Romeo. Gonna admit that I am not much of a Shakespeare fan so the play didn't wow me much. But it was good, it was interesting to see some modern elements included... like Romeo's motorcycle.

I wanted to stay cool and collected. I really didn't know how I would react because I've never met or seen a LotR actor in real life. I was doing fine when I was in line to get in the theatre, but as soon as I entered I just CRIED. Not a lot, just a few tears. I kept thinking "Oh my god.... I'm going to see Legolas!!!"

Email ThisBlogThis!Share to TwitterShare to FacebookShare to Pinterest
Labels: Beorn, Desolation of Smaug, rants, The Hobbit

I have many thoughts.

Let's start from the beginning. 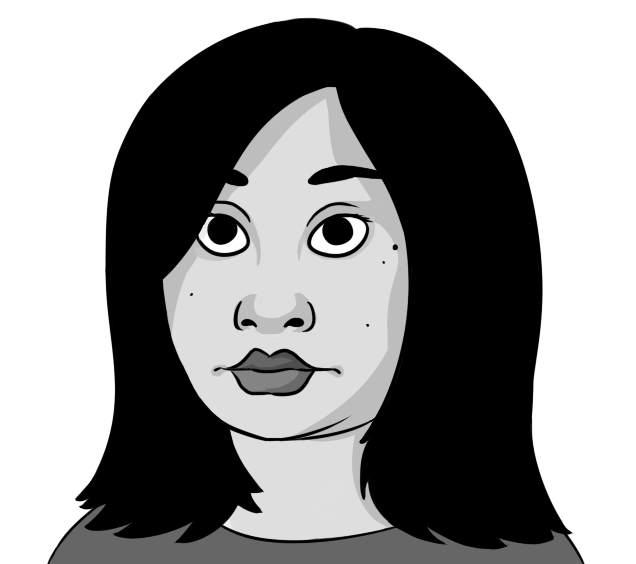